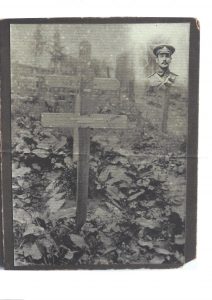 Also remembered on the Port of London Authority Roll of Honour.

Do you know anything about Thomas Henry?

Perhaps Thomas Henry Bilby was in your family, or a friend of someone in your family? If you have any information at all we'd love to hear from you. Post a comment using the form below and we'll be in touch.