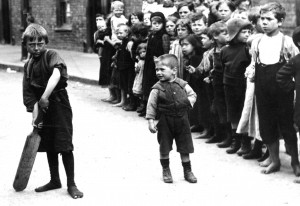 When the people from the church were writing in the church magazine about a memorial to the men who had fallen in the war, they mentioned the hard times people were facing, and the sometimes disillusioned way they felt – the “great consensus of opinion in the street”:

‘A hero in khaki! A brave hero decorated at Buckingham Palace.  A hero from a filthy street, and – no work! High cost of living in a disorganised world, with little or no hope in past, present or future.  “Why did we fight?” “For what did men die?” “What is there to live for?” they ask.’