Most of them, 197, were described as men from the local area  – then known as the South West Ham district. On some of the profiles you can see the streets that lived in with their parents or their wife – Hayday Road, Hollybush Street, Rathbone Street  – though for others we have just the area where they lived or enlisted and there are many we have not yet been able to identify. If you can help fill out these profiles with any information about these local heroes, please do get in touch.

We think, from the records we have found, that all or most of the men were known to the church, then also called the West Ham Central Mission, and its work. Certainly not every Plaistow man who fell in the Great War is commemorated here. We have come across three families where two brothers were killed, but only one name is on the bells, and don’t know why this is.

In 1925 “The Mission” not only had churches – including the Memorial Church opened in 1922 to seat 2,000 – but also carried out welfare work and ran social and educational clubs at a time when the whole of the country was strugging after the war. So a lot of people could have had some connection with this.

We know that people didn’t have to pay to have their relative’s name added to the bells; all the money was raised by local subscription – details in the ‘archives’ section.

In addition, one bell has the names of three young men who were sons of great supporters of the church and the name of the only member of the royal family to be killed in action in the war. One is dedicated to the Unknown Warrior. 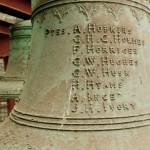 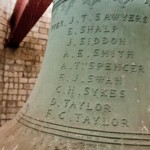 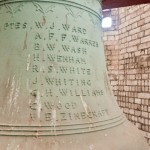 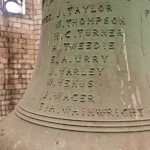 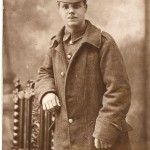